The Tattooist of Auschwitz
(eAudiobook) 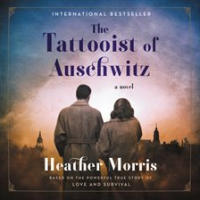