A Woman Is No Man
(eAudiobook) 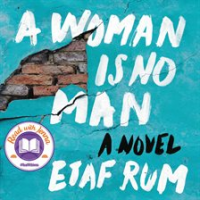