Dianetics: The Evolution of a Science
(eAudiobook) 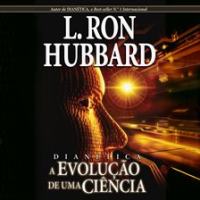