The fault in our stars
(PlayStation 3) 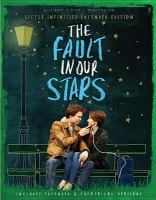