Tom Clancy's The Division 2
(Xbox One) 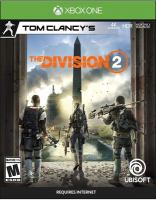