My Account, item availability, and other features of the catalog will be unavailable during planned maintenance on Wed, July 28th between 12:00 a.m. and 6:00 a.m. CDT. 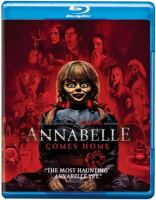