Invasion of the body snatchers
(DVD) 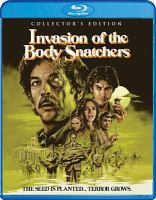